What Is a Hosted PBX (Private Branch Exchange)? 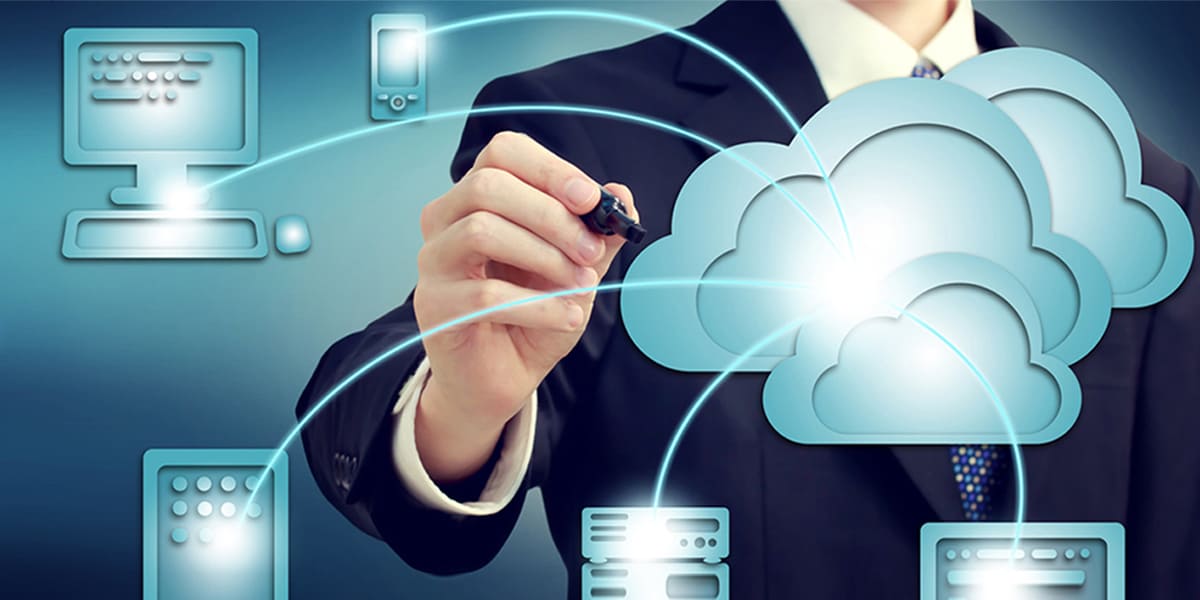 15 Sep What Is a Hosted PBX (Private Branch Exchange)?

Posted at 07:19h in Blog by connectwithvoip

A hosted PBX is essentially a cloud-based phone system, as it is hosted off-site and over the Internet rather than at the physical location of the business, this results in cost savings and limited maintenance.

PBX is an acronym for Private Branch Exchange; it describes a business telephone system that enables phone calls to be switched between different lines within an organization. The term originates from analog PBX’s where telephone operators would manually field and switch lines so the calls would connect to the relevant person.

These days the operation is conducted over the Internet, therefore the name IP PBX. You’ll also often hear hosted IP PBX called Virtual PBX and Cloud PBX, the terms are interchangeable, and they all refer to PBX in the cloud.

As hosted PBX is managed completely off-site, this eliminates the need to invest in software, hardware, training, and day-to-day maintenance; there is little in the way of installation costs. These are just some of the reasons why businesses are increasingly switching over to a hosted PBX service provider for an affordable and efficient business phone system solution. We will explore further benefits of PBX cloud services later in this guide.

If you consider a hosted PBX phone system for your business, our detailed guide will provide you with everything you need to know to get started.

How Does Hosted PBX Work?

To keep it simple, there are three basic components to a virtual PBX: the hosted PBX provider, a VOIP phone, and the Internet. Once it is set up, your phones will connect to the PBX host via the Internet, and your connection will remain open at all times to make and receive calls.
When you switch to cloud phone services, your Hosted PBX service effectively takes your phone company’s place with all inbound and outbound calls going through them. Your service provider maintains your complete phone system. If one of the data centers goes down, all your calls will be routed to another of their data centers, ensuring that your phone system is always running smoothly. The hosted PBX provider will have a team of staff working to ensure that you are provided with efficient and secure phone services.

As everything is configured and maintained by your service provider, all you and your employees need to do is log on to an online portal to make and receive calls via the Internet. If you need to make any adjustments to your settings, these changes can be updated within your online portal instantly with just a few clicks of a mouse.

The fundamental difference between a traditional and a hosted PBX is that with the latter, VoIP technology is used to send voice traffic via the internet utilizing a broadband connection for incoming and outgoing calls. While a traditional analog PBX connects to a PSTN [Public Switched Telephone Network] via copper wire allowing for dependable but basic voice calls.

A traditional Analog PBX often described as a Plain Old Telephone Service (POTS) is becoming somewhat of a rarity these days.

With an analog PBX, you are provided with simple functionality; for instance options such as speed dial, hold, and mute as well as being able to transfer incoming calls to other extensions. A hosted PBX is designed to offer all the advanced features that a business might need including auto attendants, black and white lists, call queuing, conference calls, and voicemail to name but a few.

The basic functionality is just one of the limitations of analog, we will discuss some of the further issues with traditional PBX systems next.

One of the most significant drawbacks of an analog PBX system is the ongoing costs which are considerable compared to hosted solutions. Using the internet to route calls is far more economical especially when it comes to international phone calls. As well as the expensive call pricing, maintenance costs are also a problem with a traditional phone system a technician would be required onsite if something goes wrong. Unlike a hosted PBX where any upkeep or updates are the responsibility of your service provider.

Another issue is scalability; upgrading a traditional system can be both costly and demanding to implement, especially when compared to the flexibility of cloud systems where new users can be added easily.

Why Businesses Still Use Traditional PBX?

Traditional PBX systems tend to suit larger businesses rather than small or medium-sized ones. For instance, an established company with a large IT team on-site might be able to comfortably absorb the extra duties needed for maintenance and upkeep. A large company will also likely have the budget to assimilate any setup and running costs. If the business requirements are projected to remain unchanged for the next few years and if all employees are based on-site and are not remote working are two other reasons why a traditional PBX could be a viable solution.

For many businesses that still stay with an analog phone system, it is more likely that they are afraid of change or on the fence. At some point, the change will be inevitable and businesses will have to embrace IP PBX systems as analog will be relegated to the history books.

The Advantages of Hosted PBX

There are plenty of benefits to setting up a hosted PBX, but the most significant advantage over traditional PBX is the savings made for the initial configuration and set up as well as recurring and maintenance costs.

Some of the main benefits of Hosted PBX include:

Remote Working Is Not A Problem

As the COVID-19 pandemic has proven, enterprises prepared for remote working allowed their employees to work from home seamlessly, ensuring that business was carried out as usual without a hitch. A hosted PBX allows your employees to access your phone system anywhere on the planet as long as they have an internet connection. Calls can be forwarded to their phones or laptops without the cost of any additional software or equipment.

It only takes a few days at the most, usually sooner, to set up hosted PBX with no disruption to the business. Unlike a traditional PBX, there is no on-site infrastructure to implement, and once you are set up, all the maintenance and updates will be provided by your service provider. As discussed earlier, this negates the costs of employing someone full-time to manage an on-site PBX and pay for ongoing operational costs.

Hosted PBX offers unparalleled flexibility, with businesses being able to change call settings in an instant. Cloud PBX allows you to change settings such as voicemail to email effortlessly, call forwarding and call transfer, and switch them on and off whenever you choose. You no longer have to wait for your telecom provider or incur costs to implement the call setting you require. Instead, hosting PBX puts you in the control seat.

Another considerable benefit a hosted PBX will offer to your business is an increase in reliability and security. As it doesn’t rely on a landline, it reduces many potential issues. Business continuity is guaranteed as your service provider will have a network of redundant data servers located all across the country. If, for some reason, your business is impacted by some type of physical setback, be it a technological fault or natural disaster, you can be safely assured that your telephone system will still be up and running on-site or if need be remote.